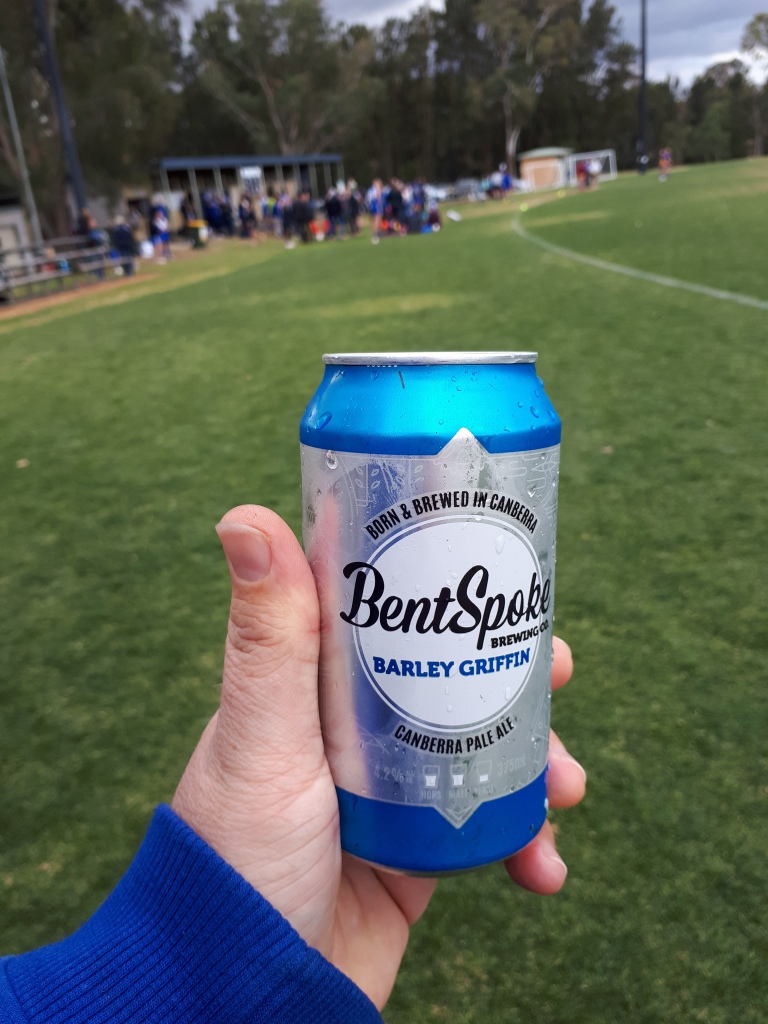 I boast, but only slightly, when I say that in the whole history of sporting endeavour no club has poured scorn and biting invective on the supporters and players of other clubs with greater wit, magnanimous acceptance of defeat and dignified but total lack of restraint in an occasional victory than the supporters, many of them academics, of ANU. That we would follow up with what must surely be the most outrageously devised, and uproariously vocalized, club song was considered unacceptable only by the purposely innocent.

Excerpt from ‘A toast to the ANU footy club’ at the 50th anniversary of the Australian National University Australian Football Club, given by the late Emeritus Professor of History, John Molony, on August 20, 2011.

In the event one ever has the good fortune (or misfortune for those with sensibilities easily offended) to hear the club song in question, it is very unlikely one will be reminded of the Neapolitan classic, Funiculì, Funiculà, originally penned by Luigi Denza in 1880.

And yet, on an interstate intervarsity trip in the mid-1960s, it was to those same rousing operatic strains that the infamous ANU club song was indeed first based. Listen closely and you will hear it!

It is debatable what Denza would have thought had he ever witnessed the coarse appropriation of his song first hand. Would he have been happy with the replacement of his “…resounding refrain “Let’s go to the top” with repeated references to self-abuse and triumphalism?” Or, like the wowzers of the Canberra Australian National Football League, would he have considered the song an affront and nothing more than proof that “…the ANU Australian Football Club was a bunch of undisciplined degenerates?”

As a result, and after repeated requests from the League to not sing the song, it became a symbol of defiance, lustily rendered upon the slightest pretext, and now sung on the oval following each win.

With the advent of a “second verse” in the mid-1990s, after belting out their much loved bastardisation of Funiculì, Funiculà, the victorious team now retire to the change rooms and chant out what could, arguably, be said to be a more “traditional” football theme song. However, if the League, or anyone for that matter, required any further evidence of the debauched and depraved nature of the ANU Griffins, the equally anthemic “second verse,” sung to the tune of Botany Bay, would do the trick!

The Song of the ANU

This is the song of the ANU

This is the song of the ANU

Smash it, crash it, bash it on the floor

Forty inches on the slack, what do you think of that?

If I had the wings of an eagle

An a***hole as black as a crow

I’d fly to the top of the goalpost

And s**t on (opposing team) below

The glory, the honour, the bliss!

By night time we suck on the piss!